INTEREST CUTS REMAIN ON HOLD. AT LEAST FOR THE MONTH OF MAY!

On Tuesday, the 7th of May, the Reserve Bank of Australia (RBA) met for their monthly meeting to decide the fate of interest rates. Fifteen out of 29 economists surveyed by Bloomberg were predicting an interest rate cut. However, the RBA decided to keep rates on hold. Interest rates remain unchanged since August 2016, at their record low of 1.5%. 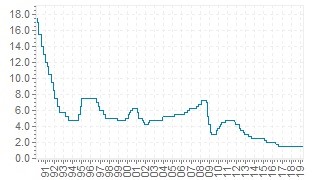 While many homeowners would welcome a decrease in the official cash rate, Philip Lowe, the Governor of the RBA, is waiting for the employment figures due to be released later this week before deciding on the fate of rates.

Mr Lowe said “The unemployment rate has been broadly steady at around 5% over this time and is expected to remain around this level over the next year or so, before declining a little to 4.75% in 2021. The strong employment growth over the past year or so has led to some pick-up in wages growth, which is a welcome development”

Many economists do not think growth within the employment market is enough to prevent interest rates from decreasing further. Shane Oliver, AMP Capital’s Chief Economist, thought the RBA would cut rates in May because inflation was lower than expected last quarter. Before the official announcement, Mr Oliver said “Rate cuts were already on the way, thanks to slower economic growth and the downturn in the housing cycle. But weaker than expected underlying inflation in the March quarter argues that the RBA should move sooner rather than later”.

However, Andrew Wilson, the chief economist of My Housing Market, thought that low inflation data was not the deciding factor for the RBA to cut rates. “Low inflation in isolation should not be a catalyst to change the interest rate cycle after nearly three years on hold” Mr Wilson said “Early signs of higher wages growth, a continuing strong labour market and indications that recent declines in house prices may now be bottoming out suggest the RBA will remain on the sidelines for another month.”

It is highly likely with these changes, and assuming ongoing negative sentiment within the housing market continues that it is only a matter of time before a cut (or two) in interest rates occur.

If you have any questions or comments, please email me at nicola@gfmwealth.com.au